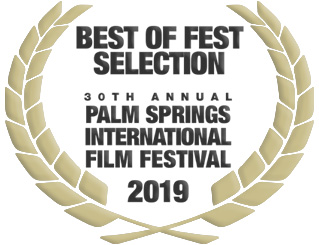 Based on the bestselling novel by José Luis Sampedro

THE ETRUSCAN SMILE stars Brian Cox (HBO’s SUCCESSION and recent Broadway leading man in THE GREAT SOCIETY) as Rory MacNeil, a rugged old Scotsman who reluctantly leaves his beloved isolated Hebridean island and travels to San Francisco to seek medical treatment. Moving in with his estranged son, Rory’s life will be transformed, just when he expects it least, through a newly found love for his baby grandson.

Praise from the critics!

“Sensitively directed by the Israeli duo Mihal Brezis and Oded Binnun, THE ETRUSCAN SMILE is a perfect example of what can happen when a great, versatile and powerful actor raises familiar material above and beyond….”
OBSERVER - Rex Reed
"Brian Cox has perhaps the richest lead film role he’s ever had as a rugged, independent Scotsman forced to face his own mortality in the heartwarming The Etruscan Smile ... it is a universal story of love and family, life and death and birth that make this a true winner for everyone."
DEADLINE- Pete Hammond
“Based on José Luis Sampedro's best-selling novel, THE ETRUSCAN SMILE is the heart-wrenching directorial debut of Mihal Brezis and Oded Binnun.... full of pain, love, life.... Brezis and Binnun offer little camera movement, making for simple shots that show the characters' emotional complexity.”
CHICAGO READER - Marissa De La Cerda
“One of THE ETRUSCAN SMILE's many strengths is that it brims with humanism. The filmmakers treat both the characters and the audience as human beings from start to finish. The actors, like the filmmakers, also grasp human nature.”
NYC MOVIE GURU - Avi Offer
“Cox is a wonder to watch, and seeing him in this gentle, vulnerable role, also spouting folk tales and seductions in ancient Scottish Gaelic, is a treat.”
LOS ANGELES TIMES - Katie Walsh
"Brian Cox gives one of his finest performances…
…Cox rages robustly and arrestingly against the dying of the light in “The Etruscan Smile….undeniably affecting coming-to-terms drama that may cause as much discomfort as delight for those who recognize bits and pieces of their own fathers (or themselves) in the cantankerous character Cox portrays so persuasively."
VARIETY - Joe Leydon
“Brian Cox plays a grizzled old Scotsman who stays healthy with nude swims off the Hebrides coast. He scandalizes snobs at ritzy events by wearing his kilt, teaches a linguist (Peter Coyote) Scottish slang, behaves like Crocodile Dundee, and falls in love with his baby grandson and museum curator Rosanna Arquette.... worth watching for Cox's bravura performance with some of the best grownup actors alive.”
AARP MOVIES FOR GROWNUPS - Tim Appelo
“Brian Cox fell in love with this story about family, damaged relationships and healing. He sees it as a heartfelt and moving story about the human experience.... audiences who have seen it, have embraced it.”
ABC7 LOS ANGELES - George Pennacchio
Download Press & Media Materials 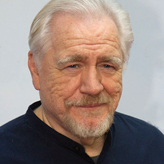 Brian Cox is an Emmy and Golden Globe-winning actor and one of Scotland’s most celebrated film and Shakespearean performers. His credits include Braveheart, Troy, Bourne, Woody Allen’s Match Point, Manhunter (playing Hannibal Lecter) and HBO's Succession. He portrayed LBJ in the recent Broadway play The Great Society. 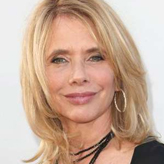 Rosanna Arquette’s admirable career includes some of cinema’s most legendary films, from Quentin Tarantino’s Pulp Fiction, Martin Scorsese's After Hours and Luc Besson’s The Big Blue. For her role in Desperately Seeking Susan she won a BAFTA award and was nominated for a Golden Globe. 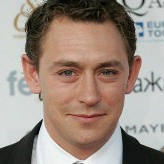 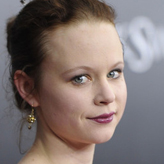 Thora Birch rose to prominence as a child star in Patriot Games and Hocus Pocus, before her breakthrough in the Oscar winning film American Beauty and Ghost World, for which she received a Best Actress Golden Globe nomination. 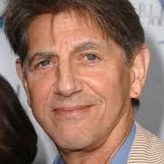 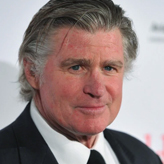 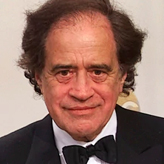 ARTHUR COHN
Producer
Eleanor Roosevelt once observed that “...the world belongs to the person brave enough to believe in the beauty of his dreams“. She could easily have been talking about the Swiss born, international filmmaker, Arthur Cohn, who has come to realize his dreams on screen for a worldwide audience over nearly four decades. All this while accumulating an astonishing six Academy Awards in recognition of his work – more than any other independent producer - and giving us film classics such as "The Garden of the Finzi-Continis", "Central Station", "One Day in September" and "The Chorus". Interestingly, and unlike many filmmakers whose best work is mostly concentrated within a particularly fertile period of their careers, Cohn’s projects have earned him time and again Oscar recognition and top prizes in the most respectable film festivals, reflecting over five decades of virtuosity and continuous quality filmmaking. 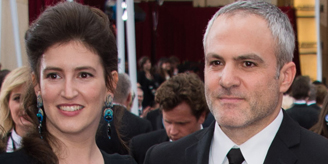 MIHAL BREZIS & ODED BINNUN
Directors
Mihal Brezis & Oded Binnun are Academy Awards Nominees for their short film AYA (nominated for “Best Live Action Short” in 2015). Aya has garnered exceptional recognition when being released commercially in theaters, stand-alone as a short, to audience and critical success. Their previous short films won over 40 international awards in festivals worldwide and were acquired by leading international broadcasters. The Etruscan Smile is their first full length feature film. 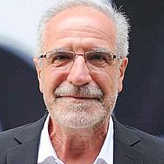 JAVIER AGUIRRESAROBE
Cinematographer
Javier Aguirresarobe is a master of light. In his extensive and acclaimed career he has worked with the world’s most recognized directors turning their films into magical visual feasts. His wide range of credits include celebrated titles such as Almodovar’s Talk to Her, Woody Allen’s Blue Jasmine and Vicky Cristina Barcelona and Alejandro Amenabar’s Oscar winning film The Sea Inside. Javier is a six time recipient of the Goya Awards for Best Cinematography, as well as winner of outstanding artistic achievement at the Berlin Film Festival.

Due to restrictions on social gatherings as a result of COVID-19, the 2020 U.S. theatrical roll out of THE ETRUSCAN SMILE could not take place as planned. During the months of April and May, Lightyear Entertainment instead presented virtual screenings of the film and split the "ticket" revenue with the following theater partners.